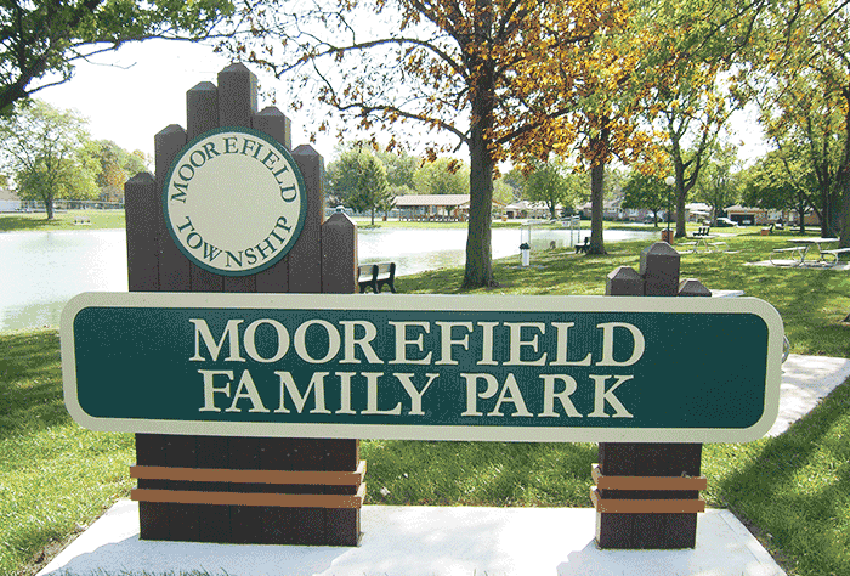 Moorefield Family Park consists of 7.7 acres located at 1805 Moorefield Road. Facilities at the park include a baseball field, playground, shelter house and a pond with a lighted fountain.

The land was acquired by Moorefield Township Trustees in 2001. Upgrading of the site began in 2002 with improvements to the 1½ acre pond. Development of the park continued in 2003 with the construction of the shelter house and the addition of a handicap accessible playground area. In 2004, additional playground equipment, park signs and bicycle racks were acquired. Some of the improvements to the park have been made possible, in part, by grant money from National Trails Parks and Recreation and from Clark County Solid Waste District. Also in 2004, the facility was officially dedicated as “Moorefield Family Park.” Summer of 2005 featured the improvement of the fountain at the pond.

Moorefield Township Trustees are pleased to announce the completion of a permanent restroom facility at the park. The structure offers handicap accessible restrooms and also houses a concession room for the baseball field. Additional improvements include a drinking fountain and charcoal grill near the shelter house and new dugouts at the baseball field. A second shelter house was added in 2011, which allows fulfillment of additional reservation requests. 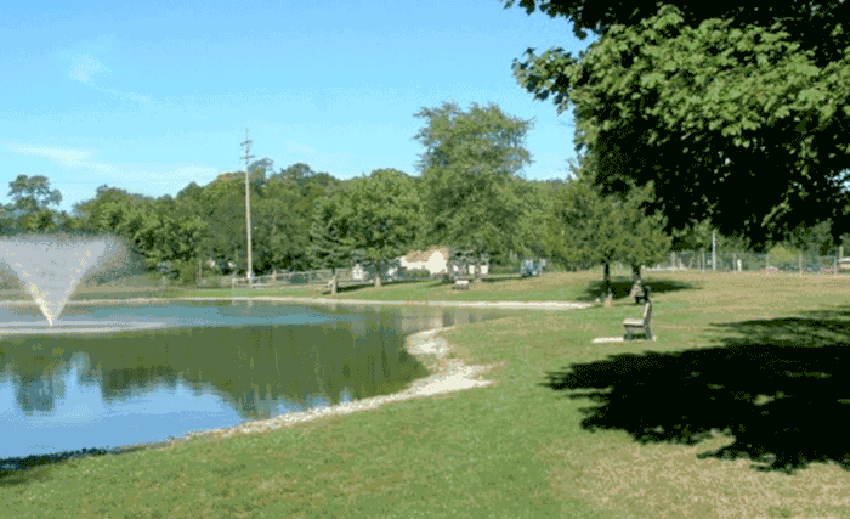 Shelter House Rules of Use 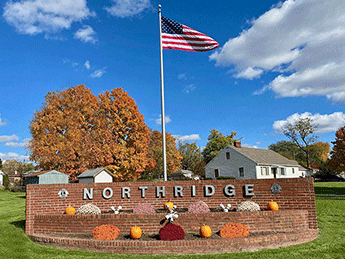 Tracy Boettcher and Steve Fernung are responsible for maintenance of the equipment and grounds at Moorefield Family Park.